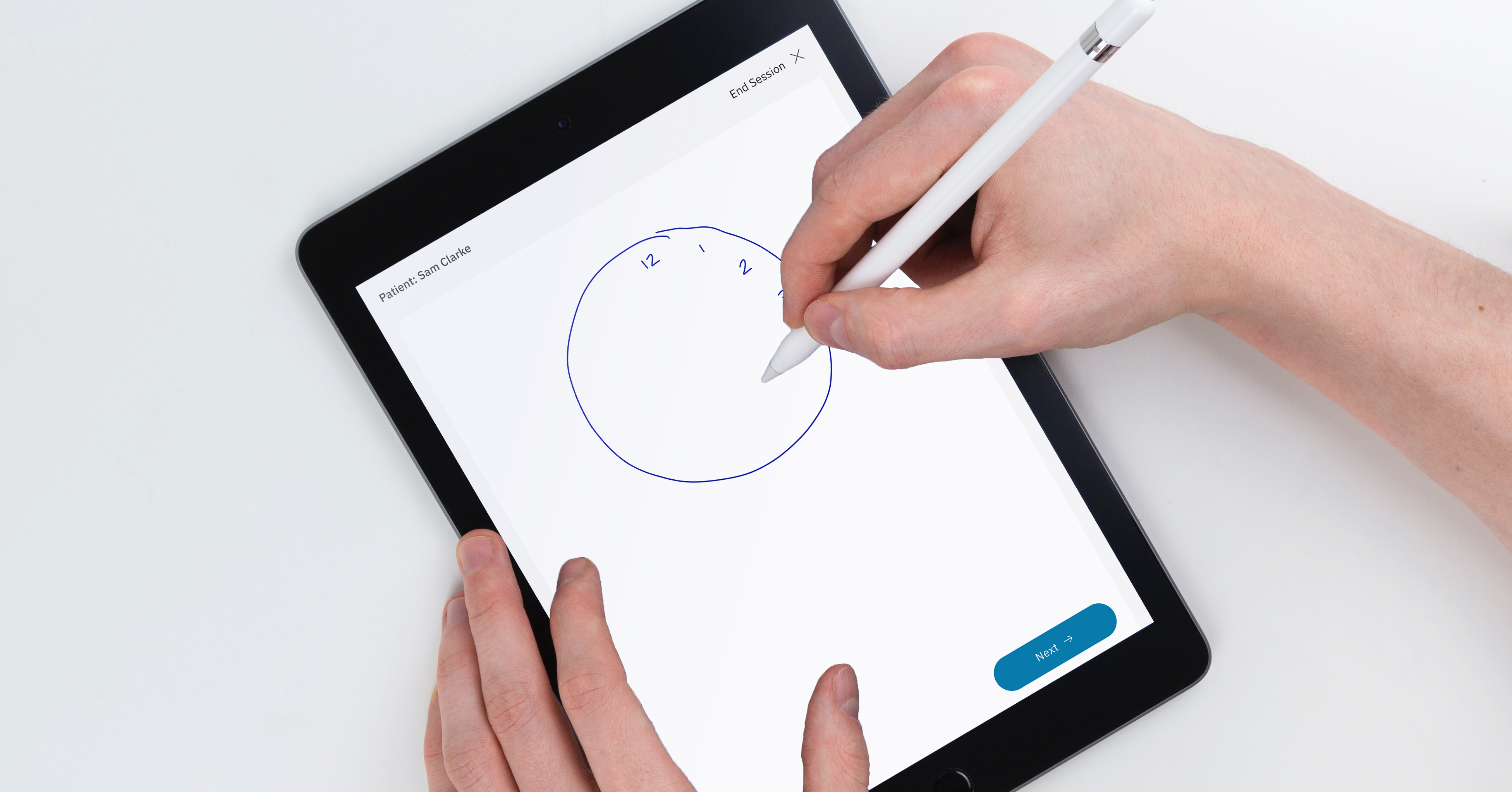 Providers, academic researchers, and life science study administrators have relied on clock drawing tests for decades to help them assess patients’ cognitive function and determine the potential presence of early signs of cognitive decline or dementia. Whether pen and paper-based or digital in nature, these traditional cognitive tests provide helpful insight as aids in measuring cognition. However, looking solely at cognitive test outputs (e.g., completed clocks at the end of the drawing process) provides only part of the story; analyzing an individual’s process of completing cognitive testing tasks opens up a new level of insight into cognitive function.

To understand more about this concept — officially referred to as the Boston Process Approach (BPA) — we sat down with some of the nation’s foremost experts in neuropsychological testing and the BPA’s use in it: Dr. Rod Swenson, founder and Neuropsychologist at Neuropsychology Associates in Fargo, ND and Clinical Professor at the University of North Dakota School of Medicine and Health Sciences; and Dr. David Libon, Professor in the Geriatrics and Gerontology Department and Psychology Department at Rowan University.

In a nutshell, what is the Boston Process Approach (BPA)?

Pioneered by Dr. Edith Kaplan, the BPA is one of the primary approaches in the field of neuropsychological assessment and involves the systematic and scientific method of analyzing a person’s behavior and the errors they make when solving a cognitive task. Rather than solely relying on an achieved single test score to assess brain dysfunction, Dr. Kaplan discovered that the analysis of errors people make, and the process they undertake to bring the test to completion is integral to discovering the neurological constructs that break down in all forms of brain dysfunction.

Can you provide a few examples of this concept in practice?

One of Dr. Kaplan’s innovations led to the development of methods to “flowchart” patients’ behaviors as they were involved in different neuropsychological tests, such as the Block Design Test. It became clear that patients with different types of brain pathology approached the task in very different ways, despite obtaining similar “total scores.” Another example of the BPA in action involves parceling out the contribution of different brain functions (visual scanning, motor speed, and incidental learning) involved in a single task (Digit Symbol) as one example, greatly enhancing how a particular task diagnosed brain dysfunction.

How have digital advancements affected the use of the BPA in cognitive assessments?

Leveraging digital technology for analyzing processes and errors using BPA techniques has led to a paradigmatic shift in the field of neuropsychology. By strengthening the ability of the BPA to design and capture additional graphomotor, time-based, kinematic, and acoustic parameters associated with successful and failed cognitive tasks, digital applications are already allowing for the development of tests to better detect neuropsychological behavior that is indicative of the earliest changes of emergent cognitive decline, such as Alzheimer’s and other dementias.

When it comes to the Clock Drawing Test specifically, what benefits does a digitized version with process analytics offer providers?

There are behaviors we simply cannot reliably capture using the traditional paper and pencil analog clock drawing test administration versus a digitized version of the test. Indeed, the process-based errors the digitized Clock Drawing Test can reliably capture are turning out to be some of the most important behaviors in terms of detecting early cognitive decline.

Much of this behavior has to do with graphomotor and time-based aspects of the person’s clock production. For example, measuring the length of the clock hands and their position within the clock face is now easy to obtain. The digital clock drawing test has also called attention to the existence of several “decision-making latencies.” For example, after drawing the clock face patients have choices regarding what to draw next. This time-based measure is called the Post Clock Face Latency and has been shown to be related to specific underlying cognitive disabilities. Without digital cognitive assessment technology, this behavior was otherwise unavailable for analysis.

What benefits could more widespread use of the BPA in cognitive assessments offer patients and their families?

The new process-based measures of brain function described above allow for the better detection of subtle neuropsychological behaviors that occur early in conditions of cognitive decline, like those seen in Alzheimer’s disease and other dementias. BPA-based digital cognitive assessments will capture these emergent cognitive biomarkers, both clinically and in research, which will allow for both earlier identification and interventions to promote better brain health throughout the lifespan.

David Libon, Ph.D., ABN, FACPN is a Professor of Geriatrics and Gerontology and Psychology at the New Jersey Institute for Successful Aging in the School of Osteopathic Medicine at Rowan University. Dr. Libon has conducted considerable research regarding neuropsychological syndromes associated with MRI evidence of white matter alterations and subcortical vascular dementia. More recently the Libon lab has used statistical modeling techniques to elucidate phenotypic syndromes in both dementia and Mild Cognitive Impairment (MCI).

Rod Swenson, Ph.D., ABN is a board-certified Neuropsychologist who operates Neuropsychology Associates — serving adult patients and their families — and is a Clinical Professor at the University of North Dakota School of Medicine and Health Sciences. Dr. Swenson earned his doctoral degree from the University of North Dakota. He completed his fellowship in Neuropsychology at the Boston V.A. Medical Center, with appointments at the Boston University School of Medicine and Harvard, under the supervision of Dr. Edith Kaplan who is renowned for her critical role in establishing neuropsychology as a specialty area of study.