Cognitive assessments have traditionally been paper and pencil-based and administered only after a patient has started experiencing symptoms of cognitive impairment. While these assessments are well-known, traditional testing methods present several challenges for providers, including being typically time-consuming and manual in nature; susceptible to subjectivity and potential inter-rater reliability issues; and focused only on the output of the cognitive task — limiting the clinical insights available.

Three of the most commonly used cognitive assessments include:

The Mini-Mental State Exam (MMSE) is a commonly-used cognitive test — developed nearly 50 years ago — that assesses five areas of cognitive function. The MMSE consists of 11 questions or tasks, such as orientation questions, word recall, and drawing a copy. It typically requires 7-8 minutes to administer. Research indicates that the MMSE is not as sensitive as the MoCA in detecting mild cognitive impairment. Additionally, the MMSE test requires administration by a healthcare professional and scoring is a manual process.

The Montreal Cognitive Assessment (MoCA) is another well-established cognitive assessment — developed over 20 years ago — that assesses seven areas of cognition. The MoCA consists of 30 questions or tasks, such as animal naming, clock drawing, and word recall. It typically requires 10-12 minutes to administer on paper.  Research has shown it to be more sensitive than the MMSE in detecting mild cognitive impairment. Training and certification are mandatory to administer and analyze results from the MoCA, both of which are manual processes.

The Mini-Cog consists of three questions across two test components — a three-item word recall and clock drawing — to assess four areas of cognitive function. The test typically requires 3-4 minutes to administer. Research has indicated that the Mini-Cog is more sensitive than MMSE in detecting mild cognitive impairment. However, it faces the same general limitations and subjectivity concerns of other paper-based tests and, similarly, only evaluates final test outputs.

* Depending on particular solution

AI-enabled solutions go a step beyond traditional digital cognitive assessments, incorporating machine learning to enhance sensitivity and the insights available to providers - while requiring less time. Leveraging AI, Linus Health's digital platform uniquely incorporates The Boston Process Approach, analyzing the patient’s process of completing a task (e.g., drawing a clock) as well as the final output versus only the latter - all in just a few minutes. This yields a more robust assessment of cognitive functioning and richer insights to inform next steps for patients – within an iPad-based solution that’s fast, objective, and easy to use. For more on how this digital cognitive assessment compares with traditional tests, visit our scientific publications page. 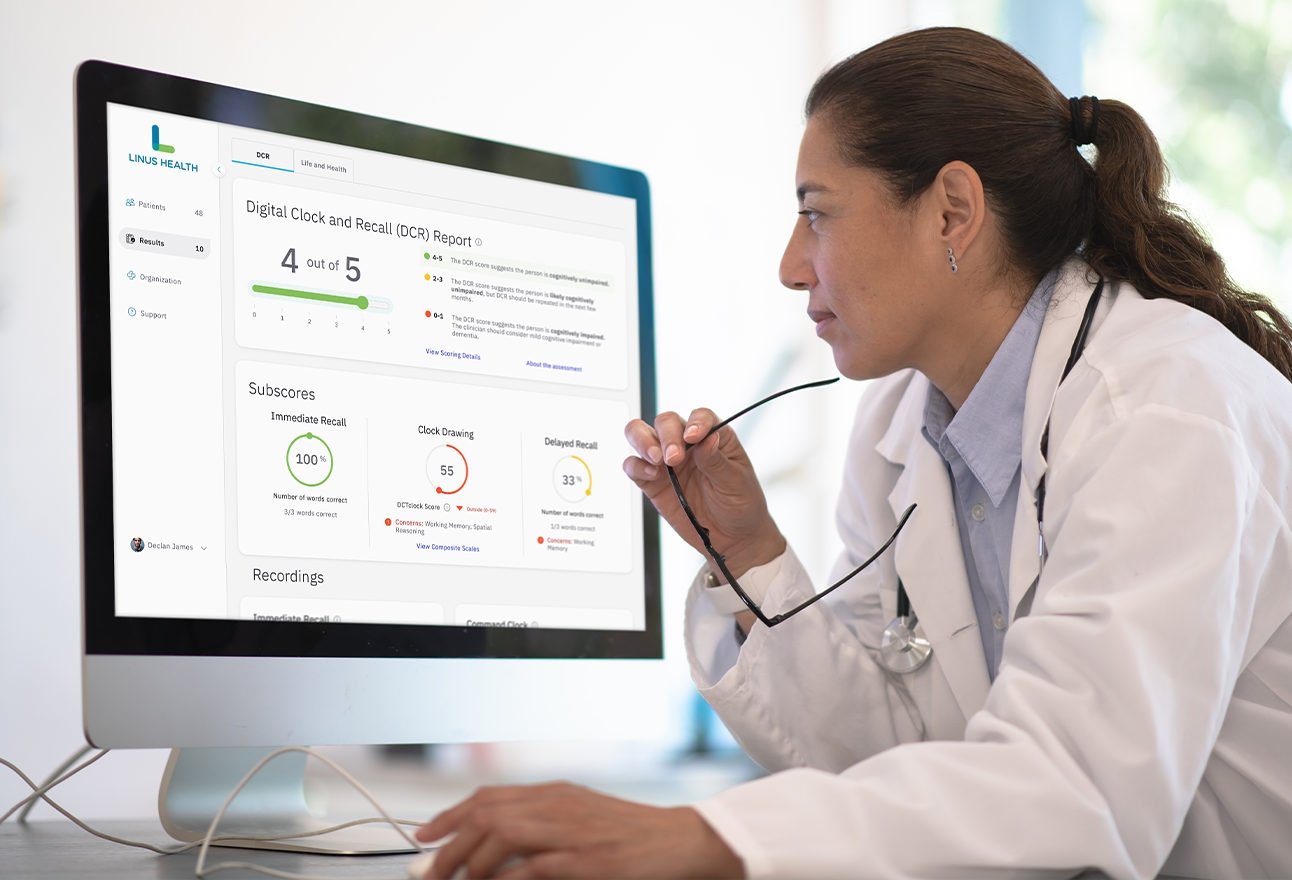 Below you'll find answers to the most common questions about cognitive assessments.

The most commonly used cognitive assessments historically have been paper-based cognitive tests, such as the Mini-Mental State Exam (MMSE) and Montreal Cognitive Assessment for Dementia (MoCA), described above, though a variety of other tests exist. Digital cognitive assessments have also arisen in recent years and are rising in usage. Patients experiencing clinical symptoms of cognitive impairment may also undergo more elaborate neurocognitive testing with a combination of tests to further a diagnosis and care plan.

Cognitive assessments vary in duration based on several factors, including the test(s) used and whether the purpose is for an initial cognitive screening / assessment or a more in-depth analysis of cognitive function in response to other tests or the presence of clinical symptoms. When it comes to tests focused on early cognitive impairment, a variety of tests exist, including paper-based tests like the MMSE and MoCA, as well as digital solutions. Test duration typically ranges from just a few minutes to 30+ minutes depending on the test(s) used and number of tests performed. Digital options offer a number of efficiency benefits for providers.

Proactive cognitive care and testing can provide benefits to all people aged 55 years and older, but are especially important for individuals aged 65 and older. To that end, Medicare now includes a requirement for cognitive impairment detection within the Annual Wellness Visit (AWV). Regardless of age, cognitive tests should be performed for anyone experiencing signs of cognitive impairment. Proactive care practices can not only support early detection, but also facilitate impactful coaching on steps patients can take to protect their brain health by addressing modifiable risk factors for dementia.

Download the guide below for insights on preparing for your older adult patients' evolving brain health needs. 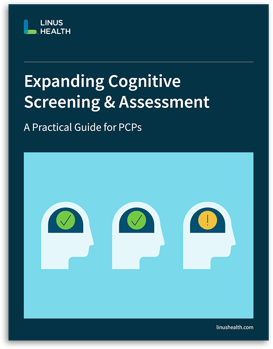