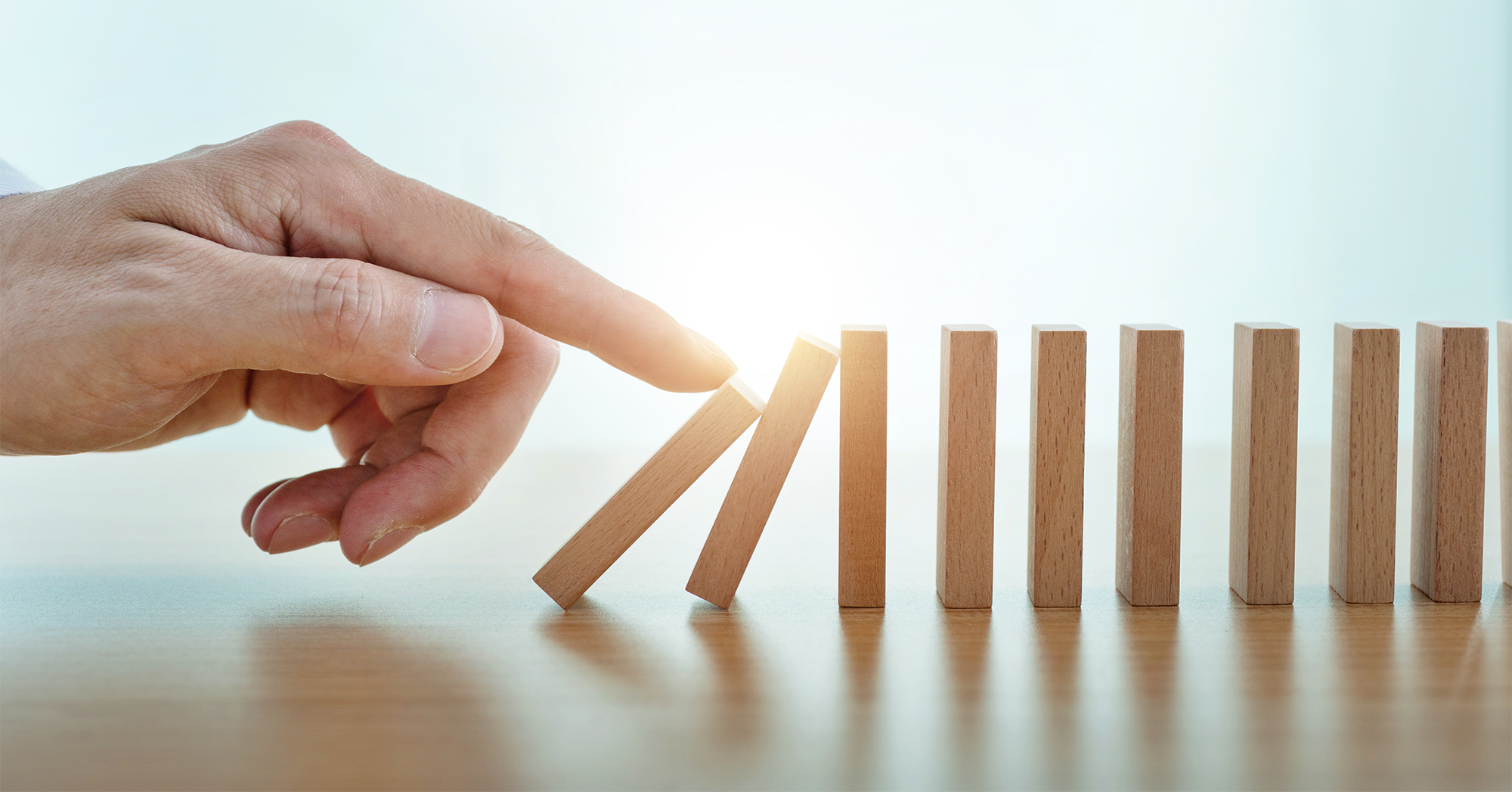 Since Esai’s initial announcement in September of encouraging clinical trial results for lecanemab in early stage Alzheimer’s disease, the fight against this devastating disease has felt on the verge of a turning point. It’s a turning point we have been pursuing for over a century – German physician Dr. Alois Alzheimer first described what would later become known as “Alzheimer’s disease” back in 1906. Today, with the FDA’s announcement that it has granted accelerated approval for lecanemab, which will be marketed under the name Leqembi, anticipation has turned into reality. It’s a time for celebration, but also a time for rapid preparation for a transformative shift in the status quo around cognitive healthcare.

Alzheimer’s currently affects more than six million individuals in the US alone and, as the population ages, that statistic has been projected to rise to almost 13 million by 2050 in the absence of breakthroughs. Before the COVID-19 pandemic, Alzheimer’s was the sixth leading cause of death in the US, and deaths from it more than doubled between 2000 and 2019, at a time when those from the top cause of death, heart disease, declined. These statistics paint a sobering picture by themselves, but sadly, they only tell part of the story, as millions more people are affected as loved ones and caregivers to people with Alzheimer’s. And, while some estimates say the disease costs the US over $320 billion per year, the true total costs – monetary and non-monetary – simply can’t be measured.

With Alzheimer’s so often in the news and a few drugs already in use, what makes this development different, a true “turning point”? While there are in fact a handful of drugs approved to address clinical symptoms of Alzheimer’s disease or underlying biology associated with it, Leqembi is the first to show a clear impact on both. And, though it is not without risks and people on the drug will need to be closely monitored, the Clarity AD clinical trial results indicate that, caught early enough, we may finally have a drug capable of slowing the disease: participants taking it had an averaged 27% reduction in cognitive decline, alongside a statistically significant reduction in amyloid plaque burden.

This isn’t just a turning point because of this one drug though – and no single drug will likely ever cure Alzheimer’s given the complexity of the disease and the brain itself. The new optimism also stems from the variety of other drugs that could follow in Leqembi’s footsteps, as well as the expanding body of evidence around lifestyle interventions. There are over 140 drugs currently in clinical trials taking aim at Alzheimer’s from multiple angles – from addressing amyloid plaques and tau spindles to targeting inflammation. Simultaneously, researchers continue to show a meaningful impact from lifestyle interventions on cognitive decline. Results from the EXERT trial, the longest phase 3 study on exercise in patients with mild cognitive impairment (MCI) to-date, for example, showed that even mild exercise can protect against cognitive decline in people with MCI. Together, these developments further the holistic approach required to lessen the impact of Alzheimer’s on individuals and societies at large.

There is also optimism to be found in advancements in early detection methods, with progress toward options that are more practical, cost-effective, and accessible than historical methods. Traditionally, a definitive Alzheimer’s diagnosis is often established only after referral to a specialist and extensive testing, which is costly in both time and treasure. And, like with cancer, timely intervention is the biggest contributor to a favorable outcome. We have long relied on a “gold standard” of PET scans to confirm Alzheimer’s, but these scans are cost-prohibitive, burdensome, and rife with access barriers. Furthermore, a large study found that about 45% of PET scans of people with MCI and about 30% of PET scans in people with dementia are amyloid-negative, which represents a significant and potentially unnecessary cost to the system. They also typically only come into play at later stages, when symptoms are obvious. On the opposite end of the spectrum, cognitive screening, traditional paper-based tests might be cheap and easy-to-access, but they lack sensitivity, provide limited clinical insights, take significant clinical time, and are subject to inter-rater bias; consequently, they aren’t well-suited to busy primary care practices. Fortunately, a host of newer detection methods hold great promise, such as digital cognitive assessments combined with blood-based biomarkers or retinal scans, and are ushering in new opportunities to streamline diagnosis while materially reducing costs.

Amid all of this progress though, we must also recognize and quickly respond to the fact that our healthcare system is not well-positioned for the long overdue shift to proactive cognitive care that this new drug will demand. The historical lack of drugs to treat Alzheimer’s has contributed to cognitive health being handled largely reactively today. This is in stark contrast to the routine testing we see in areas like cancer and heart disease where getting ahead of issues is the standard. But the fact is that patients do want to know if they have early signs of Alzheimers: even before any lecanemab news, 85% in an Alzheimer’s Association survey said they would want to know at an early stage. Furthermore, while 98% of PCPs say detecting MCI early is important, they report doing cognitive assessments for only half of their patients 60+. The top three challenges in diagnosing MCI? “Lack of specialists and facilities able to perform diagnostic tests” (51%), “patient reluctance to follow up with extensive testing” (49%), and “reluctance to diagnose a condition that has limited treatment options” (47%). The USPSTF’s current “I” statement – insufficient data to make a recommendation – on asymptomatic cognitive screening for people 65+ also plays no small role in perpetuating the reactive status quo.

Regardless of past barriers to it, the fact is that early detection matters and, as this post goes live, older adults and their loved ones around the country are undoubtedly picking up the phone to call their health systems and doctors to find out more about Leqembi and determine if they might need it. PCPs are likely to receive the bulk of these initial inquiries, but are they ready? The approval of a new drug like this will propel a greater focus on cognitive health, especially as Leqembi’s impact hinges on finding Alzheimer’s at its earliest stages. This greater focus is good news. However, time is of the essence for healthcare organizations to implement new diagnostic and care pathways, not only to identify those who may benefit from the drug now, but also to support other patients newly-inspired to keep closer track of their cognitive health. These pathways are likely to vary from one organization to another, but one thing is clear: we must empower effective triage through the primary care frontlines. Furthermore, as noted above, we must optimize utilization of PET scans and invasive lumbar punctures as confirmatory means by building new pathways that leverage newer, more scalable and cost-effective tools – or combinations of them – such as digital cognitive assessments and blood tests, to expand testing and streamline diagnosis.

Fortunately, we’re not starting from scratch, as pioneering organizations have been preparing for this shift for some time. The Davos Alzheimer’s Collaborative (DAC) is a key example. Their Health System Preparedness Project was designed to do exactly this – evaluate new approaches to cognitive screening to accelerate early detection. Through that work, including at our partner sites like IU Health, participating health systems are making strides in expanding and enhancing cognitive testing, with a focus on primary care settings. DAC’s recently published framework for readiness is a good resource for anyone looking to learn from this work and jumpstart their own efforts.

Many different timelines exist showing the key milestones in the 100+ year fight against Alzheimer’s. Far too many people have experienced its impact during this time. Leqembi’s accelerated approval on January 6, 2023 could forever be a new notch on these timelines. The magnitude of this milestone and the turning point it later represents will rely not only on this single drug approval, but also on the swift, collaborative private-public action we take now to accelerate new standards of care in brain health.

The power of early detection, part 2 — Taking action against dementia: An interview with Joyce Gomes-Osman, PhD